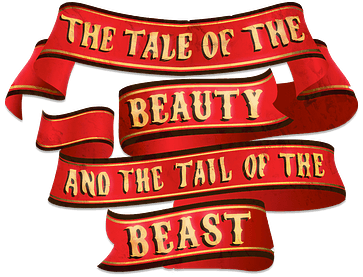 Paul Boyd's musical The Tale of the Beauty and The Tail of the Beast premiered in 2007 at Wellingborough's Castle Theatre in a critically acclaimed production directed by Karl Wallace, designed by Diego Pitarch, and musically directed and arranged by Stephen Brown.

Telling the story of Monsieur Affable's Performing Players, The Tale of the Beauty and The Tail of the Beast presents the original French fairy tale of 'Beauty and the Beast' as performed by a beleaguered eighteenth century acting troupe - one of whom has gone missing, another of whom has delusions of grandeur, and all of whom are reading from a script that is in entirely the wrong order.

Monsieur Affable, Madame Gabrielle, Mademoiselles Suzanne and Michelle, and the gofer Barbot rehearse their stage production of France’s newest fairy tale in this full-length musical - and the well-known story is given an hilarious and unusual twist.

The Tale of the Beauty and The Tail of the Beast contains what many have called Paul Boyd's funniest lines, cleverest lyrics and most captivating score. Musical highlights include the hilarious "The Husbands' Song", the haunting "Don't Know You At All", the beautiful "Maybe I'm A Fool", and the infectiously catchy "Now That My Ship Has Come In".

fairytales to music, but this is no sugary

with a strong sense of the burlesque"

"An 18th Century theatrical troupe transports the audience into a magical world. Forget the Disney version ... this is more magical.  The audience is transfixed by a fairy-tale world conjured up by a talented group of actors and musicians.  I lost count how many musical instruments are played during the show ... Paul Boyd's script and music is stylish - there were a number of jokes to amuse children and adults.  He's gone back to the original fairy tale.  In recent years, Christmas shows at The Castle have been rough and ready and bright and brash. The Castle's new artistic director Karl Wallace, who's also the director of 'Beauty & the Beast', has single-handedly raised the standard.  His production is sophisticated and atmospheric"  BBC Northampton

"What a delight to see a new production of this wonderful tale taking the original storyline.  The stage is dominated by a magnificent and brilliantly used gypsy-type caravan, with travelling players telling the story accompanied by musicians chiefly on old English instruments.  It is traditional, captivating storytelling with refreshing staging, humour and superb acting.  Without doubt, this is a production for the young at heart of all ages ... the highlight of the musical numbers is 'Maybe I’m a Fool', featuring Marie and the Beast.  Congratulations go to Karl Wallace for his first production as artistic director - more of the same next year please" The Stage

“Children weaned on cartoon fairytales may find the opening scenes of this version somewhat confusing.  A threadbare troupe of actors rehearses a play, but the script is dropped and three different stories appear to be mixed up, four if you count the palaver of the troupe.  The interweaving narrative starts to make sense, however, and then whizzes along in a virtuoso display of multiple character changes, matchless timing and superb fun.  Writer Paul Boyd's stock in trade is setting fairytales to music, but this is no sugary Disneyesque trifle, more like Angela Carter retold with a strong sense of the burlesque.  The Belfast actress Christina Nelson gets the best part as the drunken, dissolute dame, and really makes the most of it.  A Christmas entertainment with a difference, which children and adults will enjoy equally”  Sunday Times

“The bumbling Monsieur Affable's disorganised Troupe de Theatre is on a tour of provincial French towns.  During a brief pause, short of actors and material, the company launches itself into a rehearsal of Affable's new oeuvre, whose jumbled-up script is missing some pages.  This allows for deliberately dreadful performances, raucously bad behaviour and French accents of dubious provenance and articulation.  Slowly the familiar tale emerges, to the appealing strains of Boyd's accordion and barrel-organ music.  By the end, the story we all know has fallen nicely into place ...” Irish TImes

“There are three beginnings to this play within a play.  It's all performed by a travelling troupe of actors who rehearse a script in which several stories have become muddled.  The drama is a road with many twists and turns. The children beside me seemed engaged and keen to see how things would finish.  With a bang, as it turned out ...”  Belfast Telegraph 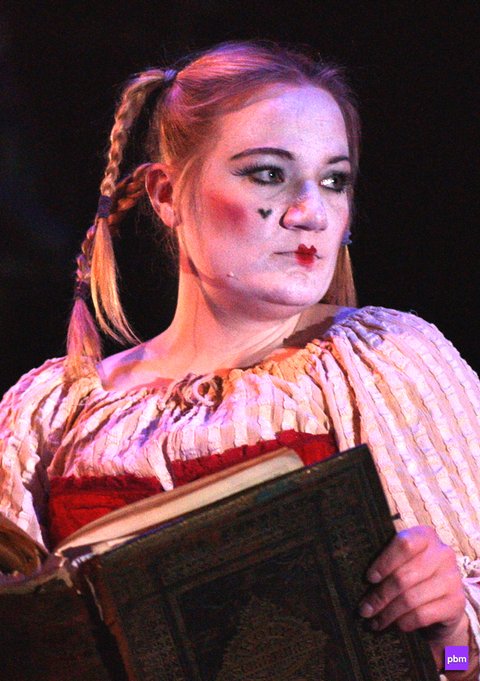 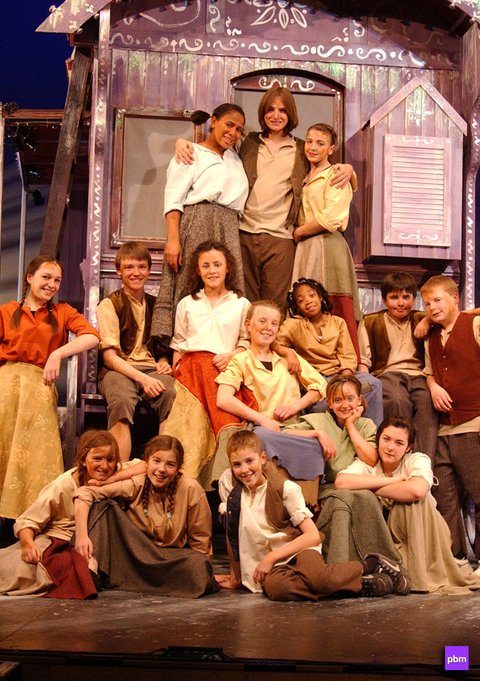 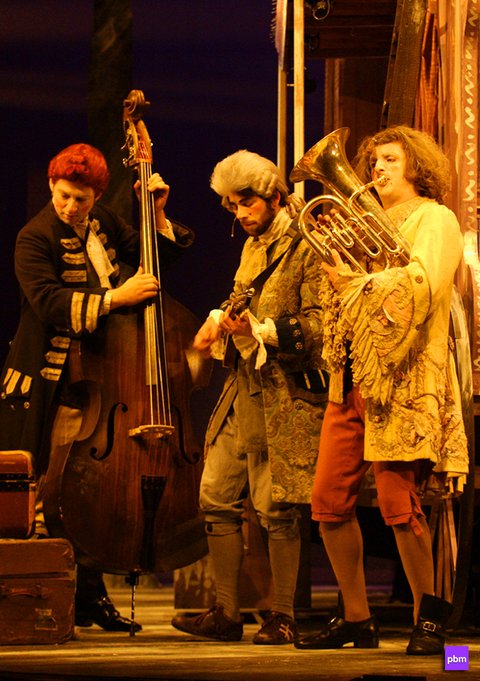 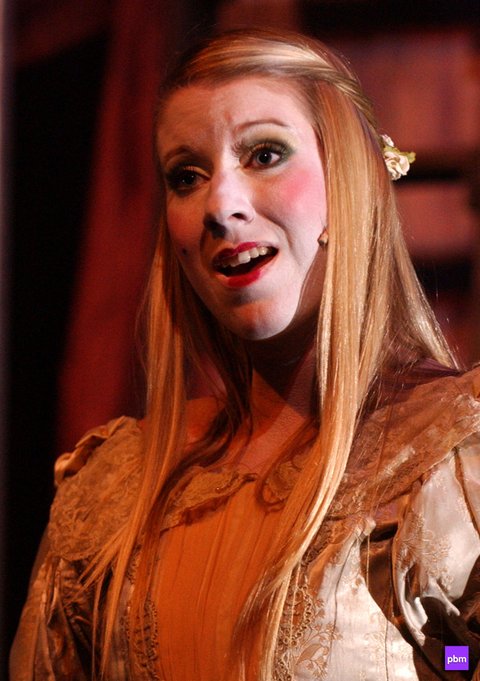 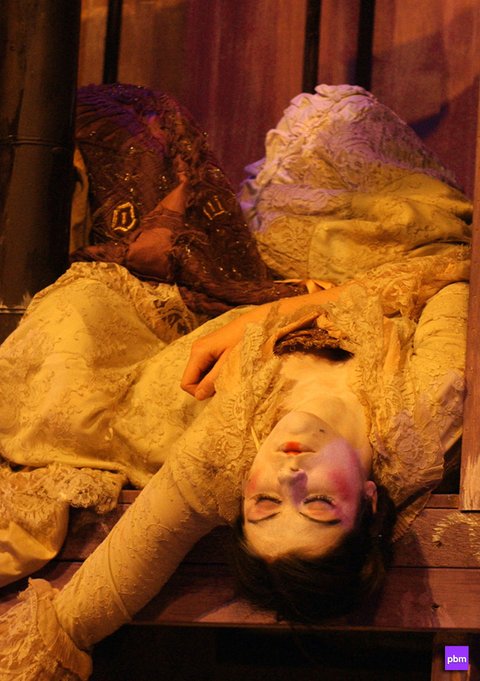 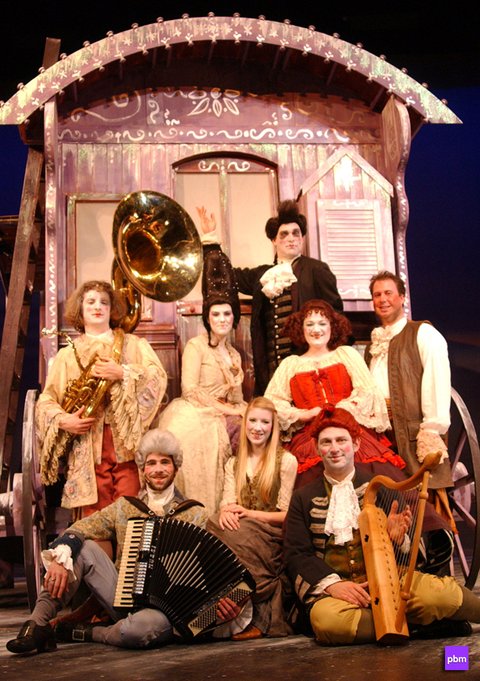 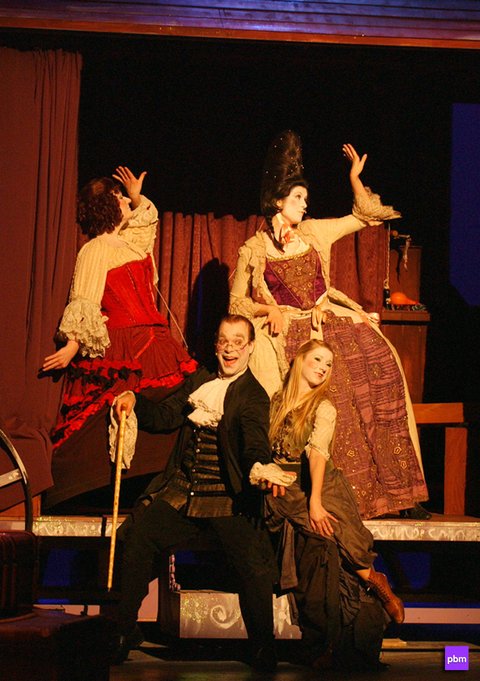 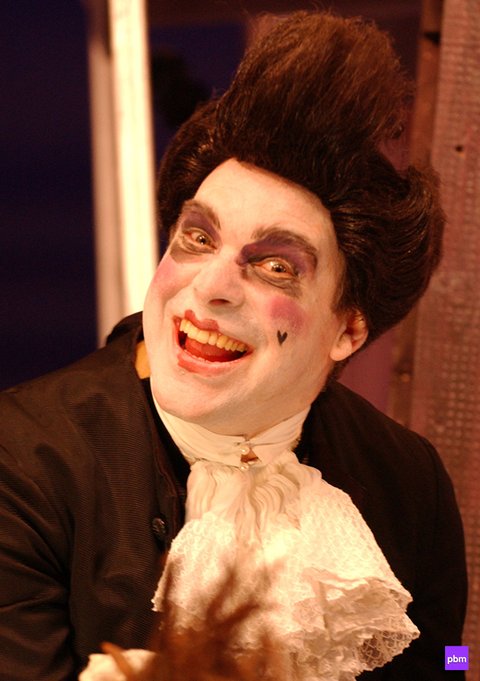 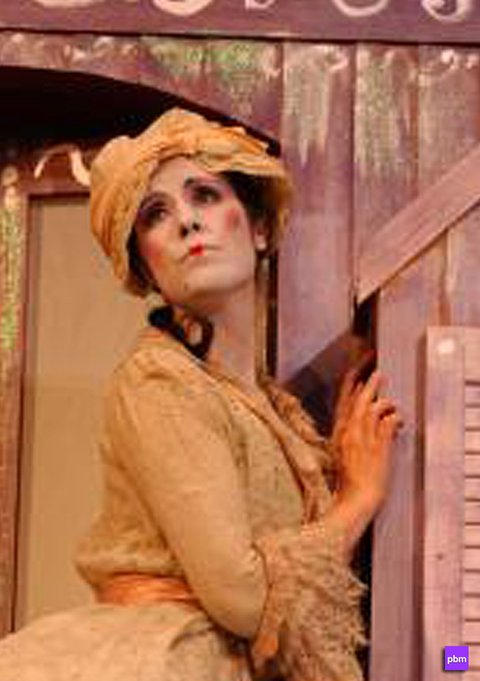 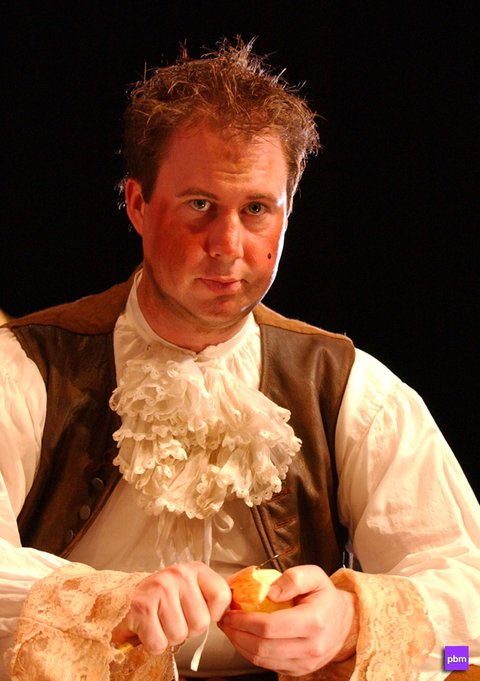 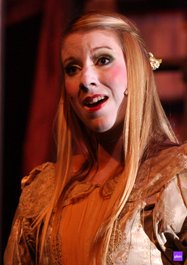 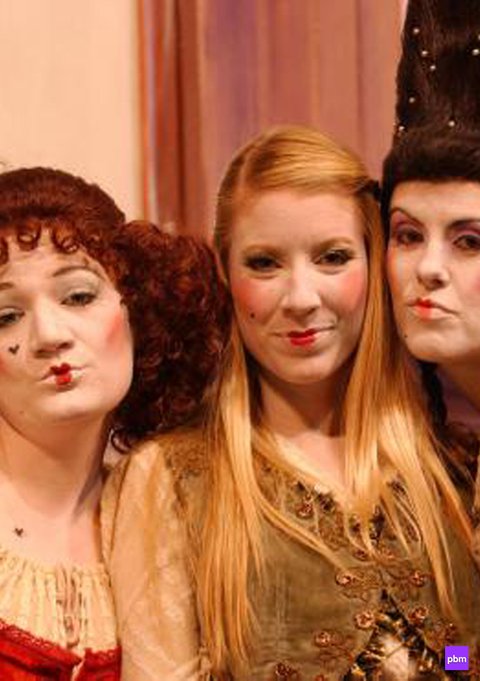 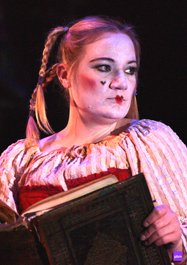 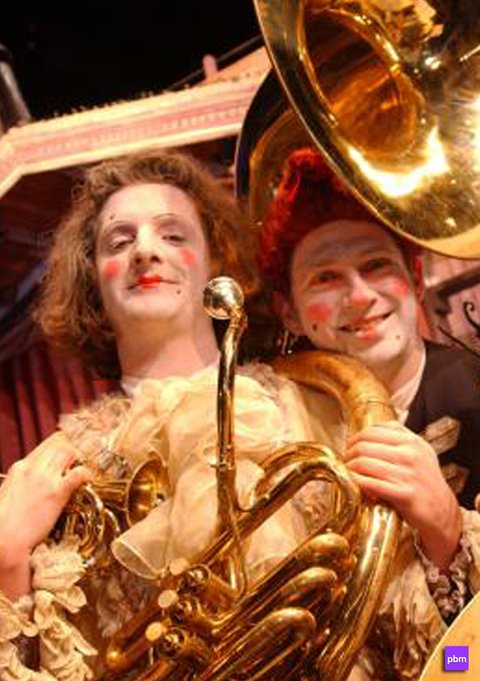 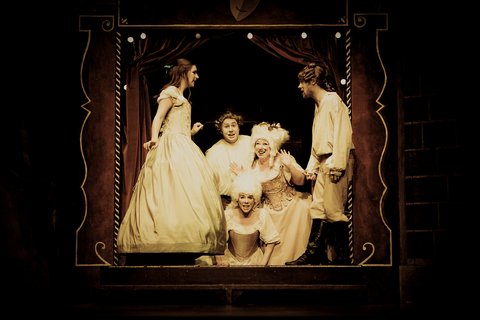 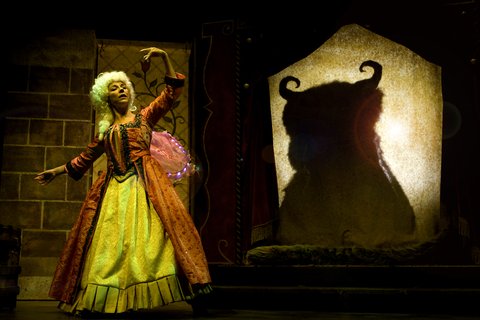 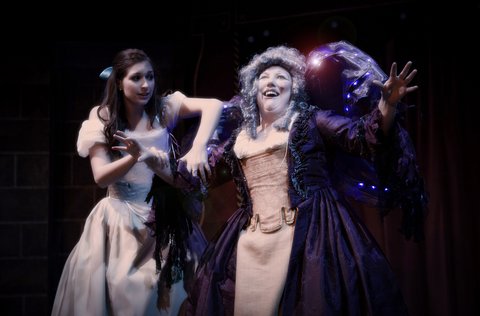 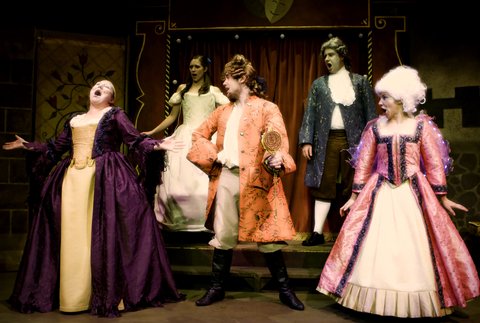 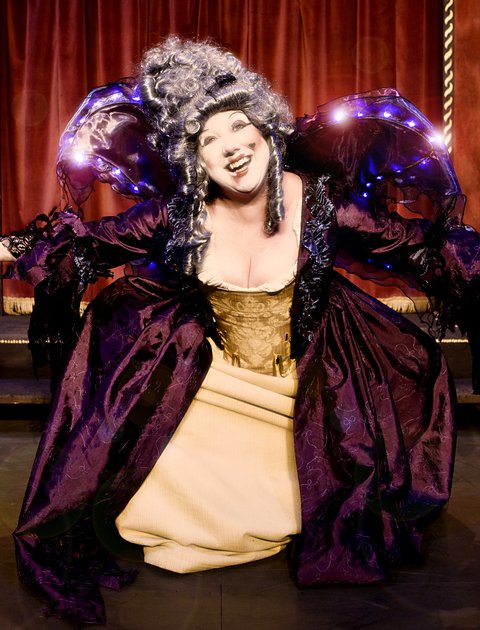 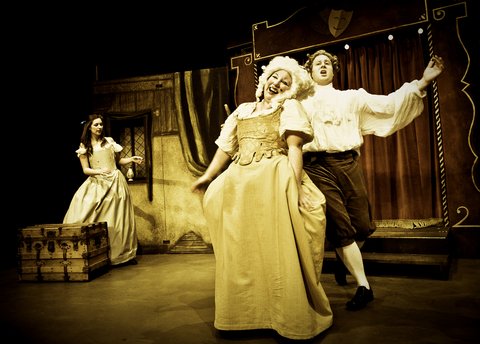 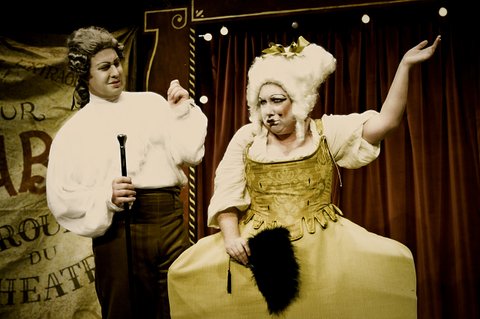 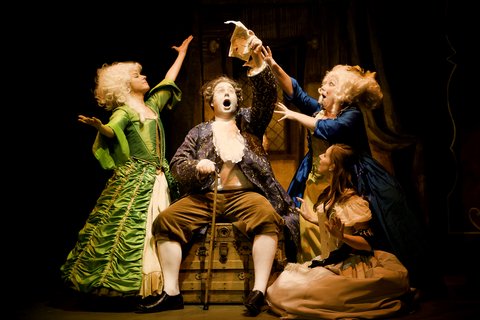 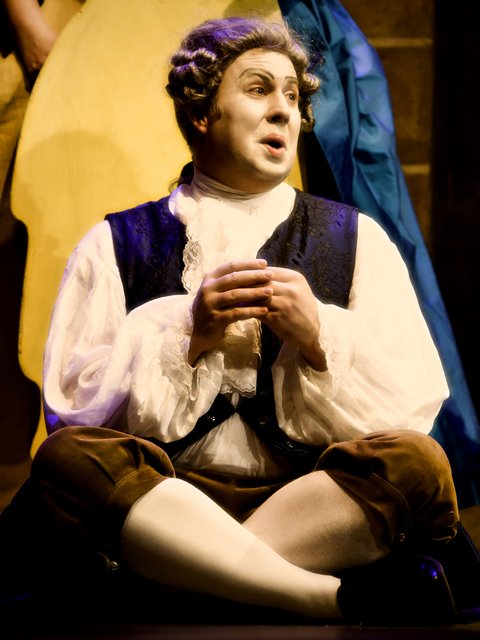 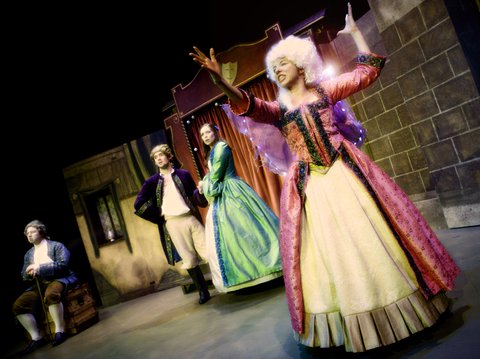 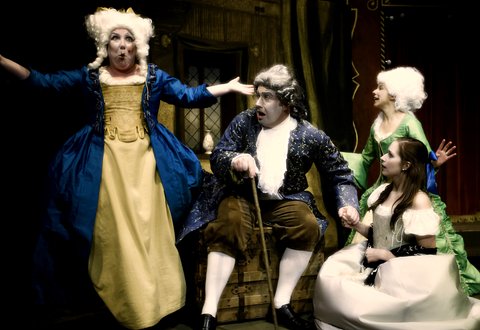